UK's national net debt was confirmed the 18th of February at £848.5bn - the equivalent of 59.9% of the country's annual output. This is some way below the so-called PIIGS. Greece has net debt of around 130% of its GDP, Italy just above 100%. A national debt of this level after the worse recession of recent times is somehow acceptable in my view. 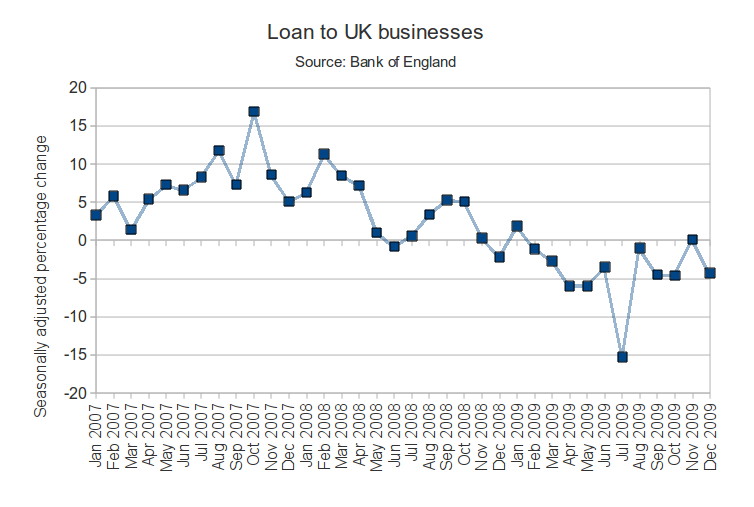 In 2009 Q4 the stock of lending to companies fell across all the main sectors of the economy for the third consecutive quarter as reported by the Bank of England this week. The December 09 contraction of 4.3% is particularly worrying if compared with the small expansion in November. The banks are not lending, businesses will not invest and hire people. Unemployment won't decrease in the near term. Double dip recession? More probable than possible.

And the (very) ugly

The real worry for the pound and UK PLC is the fiscal position which can lead to spiralling debt if unemployment won't ease and business won't pick up. Key facts:

The next government will face important decisions an the absence of any positive adjustment to the UK fiscal position can lead to a run on the pound. Is this risk priced in at current level of exchange rates? Maybe. I feel probably not.